Why We Wish Measure U Had Waited Until 2022

The reality for the hotels is that the voting community will most likely pass Measure U since it's not a tax on them. Locals get hit so often by rate increases from every direction it's a relief when a tax is on the other guy. However, during this pandemic, Measure U is an extra burden that HMB hotels now have to grapple with on top of everything else, and that is really unfortunate. Pre-election a 2% difference in Transient Occupancy Tax (TOT) between hotels in areas was manageable. but as it inches closer to a 5% difference, the HMB hotels are going to be at a severe disadvantage. The average California TOT rate is between 10% and 12% which means most competing destinations will now be significantly lower than the hotels located inside the city limits.

Many people feel that the average traveler won't notice the bump. Our Coastside is amazing so they will not be hindered. Possibly true, although our local hotels have already seen a rise in potential guests asking for the room rate - including taxes - where they used to just ask for the room rate only and didn't care much about the taxes. They are shopping around, looking for deals much more than before. But the biggest problem arises in group travel. Many of our largest hotels rely heavily on corporate meetings and group travel for weddings and life events. Most locals are surprised to learn that some hotel's have up to 60% of their annual revenue generated by groups. A 5% difference in a group quote is easy to see when they are shopping around. A group quote can be $50,000 + taxes, so for Hotel A with 15% TOT, their quote will look like $57,500, whereas Hotel B at 10% TOT will be $55,000. That $2,500 difference has no additional services associated with it can be the catalyst to turn the group towards Hotel B. The bigger the group, the bigger the divide.

Another common thought is the hotels can "just drop their rates" to offset the TOT rate, keeping them competitive. Two issues with that. The first issue is that a long-term drop-in rate means having less money in the budget for a hotel to operate. The price to run a hotel continues to increase, compounded by the pandemic where new safety protocols have required extra expense on tools and cleaners, so less budget means something has to give. It will unfortunately most likely come as staffing cuts. HMB hotels typically employ over 650 people and that staffing level may now take much longer to recover, if at all. The second issue is, if hotels lower their rates, the 5% TOT generated lowers along with it. Therefore the higher TOT rate will actually not create the same amount in funding as it's projected to.

Lastly, there is the biggest argument in favor of the TOT increase..."tax visitors more to pay for cleaning up after the destruction they bring". Well, the truth of that matter is, most of the trash and traffic come from day-trippers. Most of the 4-million annual visitors drive here in the morning, bring their food with them, and leave at night. Hotel guests bring less congestion, more restaurant visits, and more shopping as they have time to stroll and explore. Visitors who stay in our hotels are the ideal travelers for our community, and the TOT increase may push them into day-trippers.

The City noted at a recent Council meeting that they do not expect to see a windfall of funds generated from the TOT increase over the next few years due to the pandemic. That the increase will provide more revenue for new or upgraded services years from now. After the election, TOT is locked in until November 2022. At that point, we expect many more cities to choose to increase their TOT, making the playing field more even. Until then, HMB hotels have 2-years of being the second-highest TOT in the State during an economic catastrophe. For those reasons, we wish the TOT increase would have waited until the 2022 election.

The Chamber has a great relationship with our City officials and we have talked extensively on this issue over the last year. This is a time where we both cordially agree we fall on opposite sides of the fence...and that is OK. The Chamber and City are actively researching ideas to generate revenue from day-trippers As the largest tourism segment, and one that does not pay into TOT, it's an underutilized revenue source. 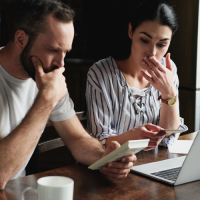