In November 2017, the City Council, together with the community, identified litter cleanup - primarily at Poplar Beach and along the Coastal Trail - as a critical community need. To help address this priority, the City then partnered with nonprofit Abundant Grace Coastside Worker (AGCW) to fund a program which not only focuses on cleaning the coastline, but also assists homeless and low-income individuals by providing paid work.

As part of its mission of workforce development and employment, AGCW (abundantgracecw.org) hires from among the homeless and extremely low-income population for their Coastside Clean Team. The team has been going out two-to-three times a week to clean the beach and coastal trail areas between Kelly Avenue and Poplar Beach - picking up trash, emptying trash cans, cleaning and clearing the area around the trash cans, removing graffiti, and general cleanup.

Over the past year, the program has created nearly 450 hours of paid work opportunities to 28 individuals during 161 work sessions. In that time, 972 bags of trash were gathered totaling 20,000 pounds. That's 10 tons of trash no longer on the beach!

Due to the success of this program, the City Council has recently renewed the contract with Abundant Grace to provide additional funding, which will expand both the areas which this program covers and the number of workers. This expansion includes litter clean-up in additional areas impacted by beachgoers and schools. The work of the Abundant Grace Coastside Clean Team is supplemental to the City's public works maintenance efforts, with a scope defined to limit duplication of efforts - so this program truly leverages the City's funding in a very positive and productive way.

This program has proven very beneficial to the community, and the renewed partnership will continue to provide additional support for clean beaches, and to those who are homeless and low-income in our community who are involved. See the KPIX news video here.

AGCW operates "Public Social Benefit" programs, where homeless individuals and low-income neighbors give back to our community, earning an income to support themselves and improve their lives.

Located 28 miles south of San Francisco, the City of Half Moon Bay is a community of about 12,500 people, situated on the peninsula between forested hills and some of the most beautiful coastlines that California has to offer. Its historic downtown is home to numerous shops, art galleries, restaurants, bed and breakfasts, and other businesses, and its celebrated beaches and parks are wonders of nature, accessible to pedestrians, bicyclists, and equestrians. With its many activities and events, beautiful natural scenery, old-town charm, and abundance of retail and commercial services, Half Moon Bay is a regional destination. The City's website is www.hmbcity.com. 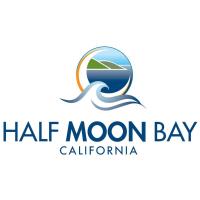 Ocean View Inn
A unique lodging experience located north of Half Moon Bay in Montara, California. Originally built in 1906 as a roadhouse, this historic property still echoes its turn-of-the-century heritage with its Victorian-inspired decor. Read more→