El Granada, CA – Following an extensive recruitment process, the San Mateo County Harbor District Board of Commissioners has selected Captain James (Jim) Pruett as its next General Manager. Pruett has spent his career as a commissioned officer in the United States Coast Guard, most recently serving as the Eleventh Coast Guard District’s Chief of Staff in Alameda. District 11 includes all of California, Arizona, Nevada, Utah, as well as the offshore waters of Mexico and South America, totaling over 3.3 million square nautical miles.
Pruett, a native of Pacifica, is no stranger to the area. As a child, his family owned a fishing business at Pillar Point Harbor, and he spent his spare time walking the docks there. In 1991, he received his Coast Guard commission at Officer Candidate School in Yorktown, Virginia. Early in his Coast Guard career, he served in the marine safety and prevention field. His tours included Marine Safety Offices in Portland, Oregon, American Samoa, and the Puget Sound.

Prior to his assignment as District Chief of Staff, Pruett served as the Commander of Coast Guard Sector Guam, where he directed all Coast Guard missions across the U.S. Territory of Guam and Commonwealth of Northern Mariana Islands. He also directed a search and rescue region that encompassed the Federated States of Micronesia and the Republic of Palau. Pruett also previously served as the Deputy Commander, Sector Miami.

“We are thrilled to have such an experienced leader in the maritime industry become our new General Manager,” said Board Vice President, Nancy Reyering. “ 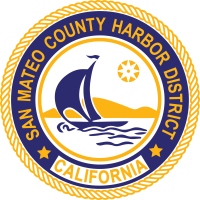